Inside: Homemade raspberry buttercream frosting that holds structure and will pipe beautiful decorations.

Conduct a search for frostings, in this case raspberry buttercream frosting, you will find 183 MILLION possibilities. Yeah. That’s a LOT of chatter about this one topic.

And so you may be asking with all of that available, what makes this version new, or different, or better than what’s already out there?

I’m so glad you asked!

Pull up a chair and let’s talk about American buttercream frosting and what makes it wonderful.

First of all, American Buttercream frosting is the easiest frosting to make. It’s a thick mixture made from butter, powdered sugar, flavoring, and some milk or cream to thin it out to a workable consistency at the end.

Temperature and weather conditions play pretty heavy into the amount of milk you need to add at the end. Obviously, if it’s summer and 85 degrees with some humidity, the butter will be softer so you will need a lot less milk than if you are decorating Christmas cupcakes and there is snow on the ground.

People complain about American buttercream being too sweet and containing too much sugar.

Well, tough love, sweetheart…the sugar is what makes the frosting work. It provides the structure so your frosting stays in place on the cake, and it is very nice to use when piping decorations. It has a ton of structure, so it holds the shape really well. Just as long as you don’t over do the milk addition at the end of mixing your frosting.

When reviewing the other versions of this frosting, and while I am sure they are delicious to the taste, you see comment after comment about the frosting being gloopy. Or they express disappointment that the frosting won’t hold it’s shape when they try to pipe a swirl. Same thing as gloopy.

Why settle for gloopy when you can do this with my version of Raspberry Buttercream?

It’s because they are adding a liquid ingredient to the frosting, and adding a liquid component to a buttercream frosting kills the structure. If you use jam, maybe it tastes ok, but it’s a runny mess. Or it breaks the mixture, which is very common when trying to add liquid to fat. In this case, raspberry juice to butter.

If you puree raw fruit, I honestly don’t know how you can save that. And yet I see it over and over. First of all. Don’t use raw fruit in your recipes, unless it’s a pavlova or a berry filled muffin. Roasting fruit first is something I learned from David Lebovitz, specifically when it comes to making ice cream. But I have found it carries over into a lot of other recipes.

But even in this version of Raspberry Buttercream Frosting, we are not using David’s tried and true method.

Pour about half the bag of freeze dried raspberries into a food processor and grind them to dust. Then sift the dust to catch the seeds. You will be shocked by how many seeds your strain out. Replace a small amount of the powder sugar with the newly pulverized raspberries and mix your frosting as usual.

That’s it. You get intense flavor and a beautiful pink color without any food coloring or flavorings. You can sprinkle some of what’s left in the sifter over top of the cake with your sprinkles for a beautiful, organic looking decoration.

So while your choice might be amongst 183 MILLION versions of this, I do hope you give this recipe a go, and see what you think. I personally think it’s astonishingly good and the tart raspberry powder balances out beautifully with the sweet sugary frosting.

I paired this frosting with my Seriously Moist Chocolate Cake which I’ve linked for you below. But I think it would be incredible with lemon cake, too. And on that note, I’m off to the kitchen to whip up a batch of cupcakes to pair with this Raspberry Buttercream Frosting.

Some notes on the Raspberries: I get my freeze dried raspberries in Trader Joe’s, but they can be found in other markets and online. Pulverize in a food processor for best results.

Visit my All In One Cupcake recipe to see how to further hone your butter and weighing skills.

Check out this Seriously Moist Chocolate cake that pairs beautifully with this frosting.

I love figuring out new ways to use pom poms, where I can stash more fabric, and I’m always wondering what to bake next…chocolate or lemon? When not dreaming up new things to make (or bake), I love riding my beach cruiser on the Boardwalk, escaping to mid week movie matinees, and planting new things in my tiny but mighty container garden. 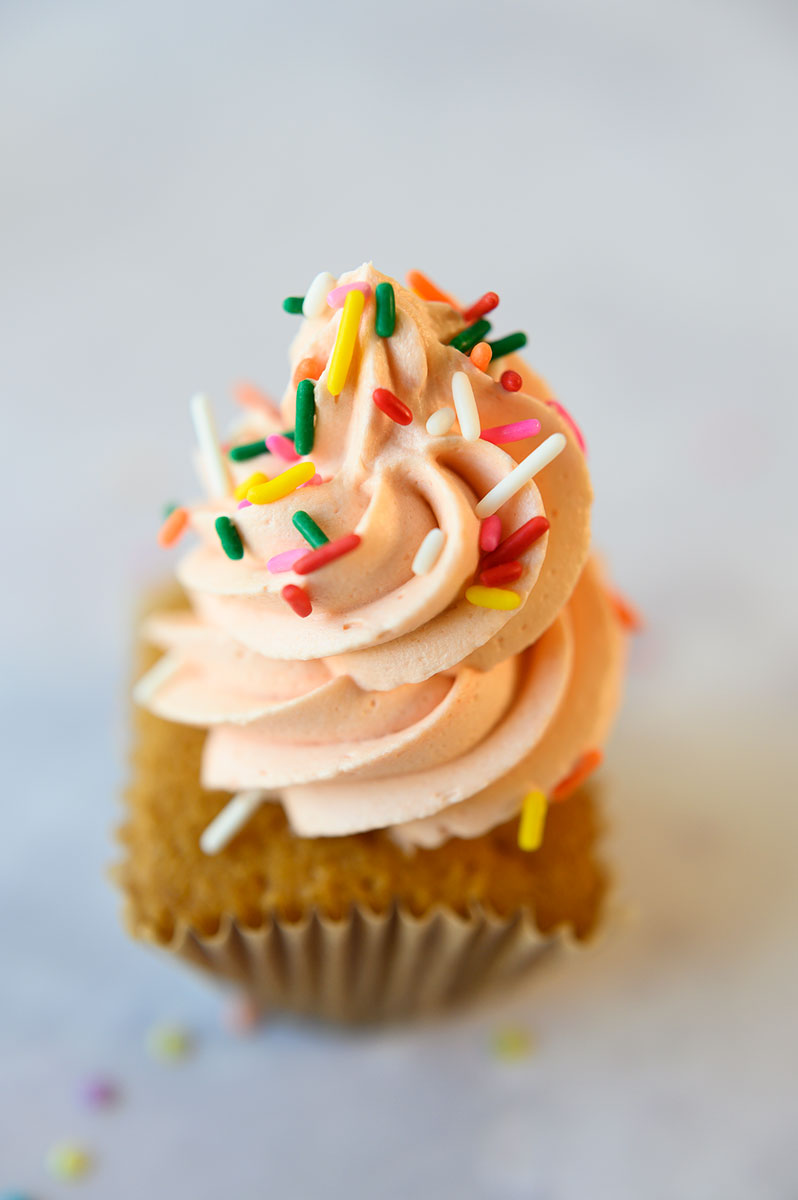 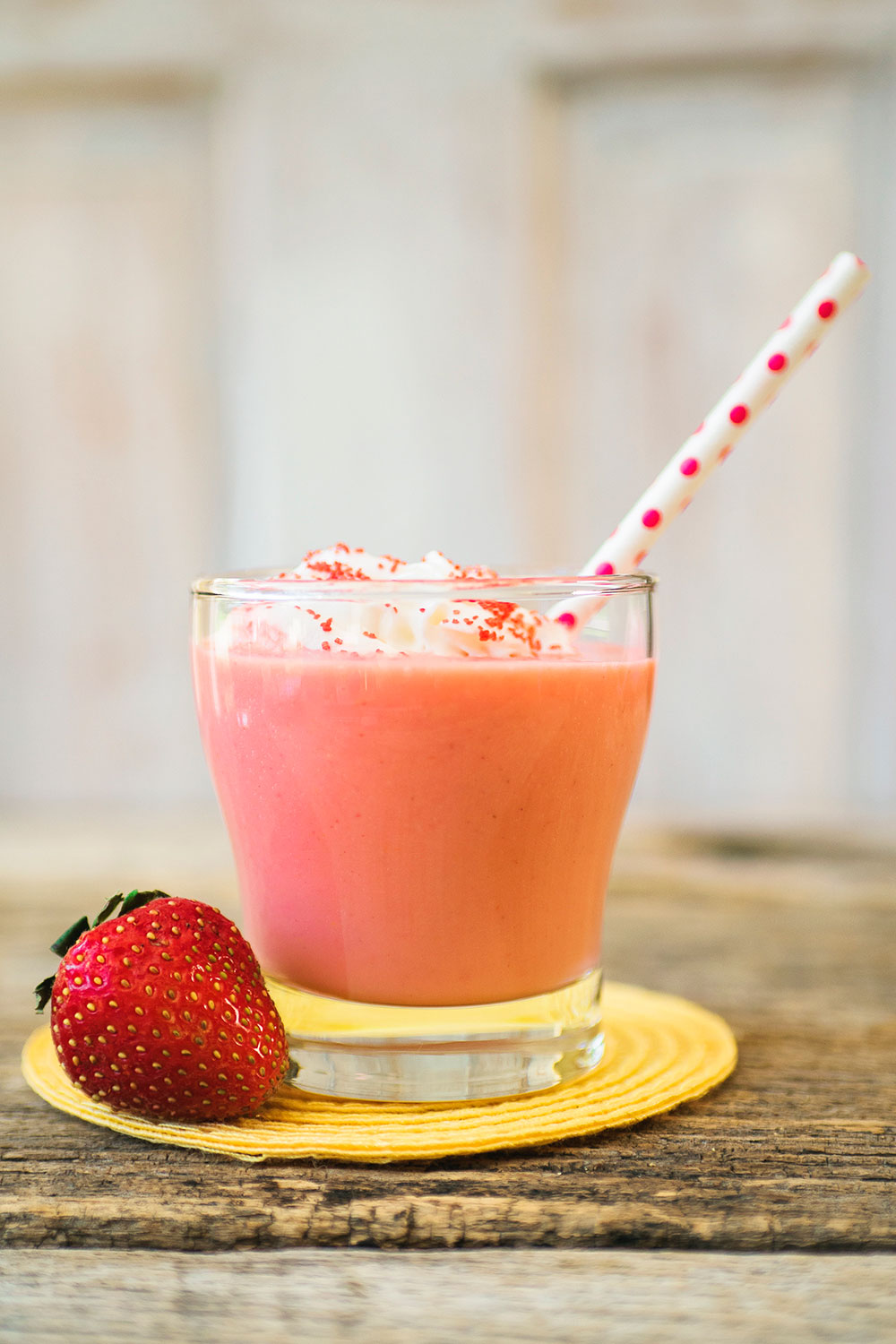 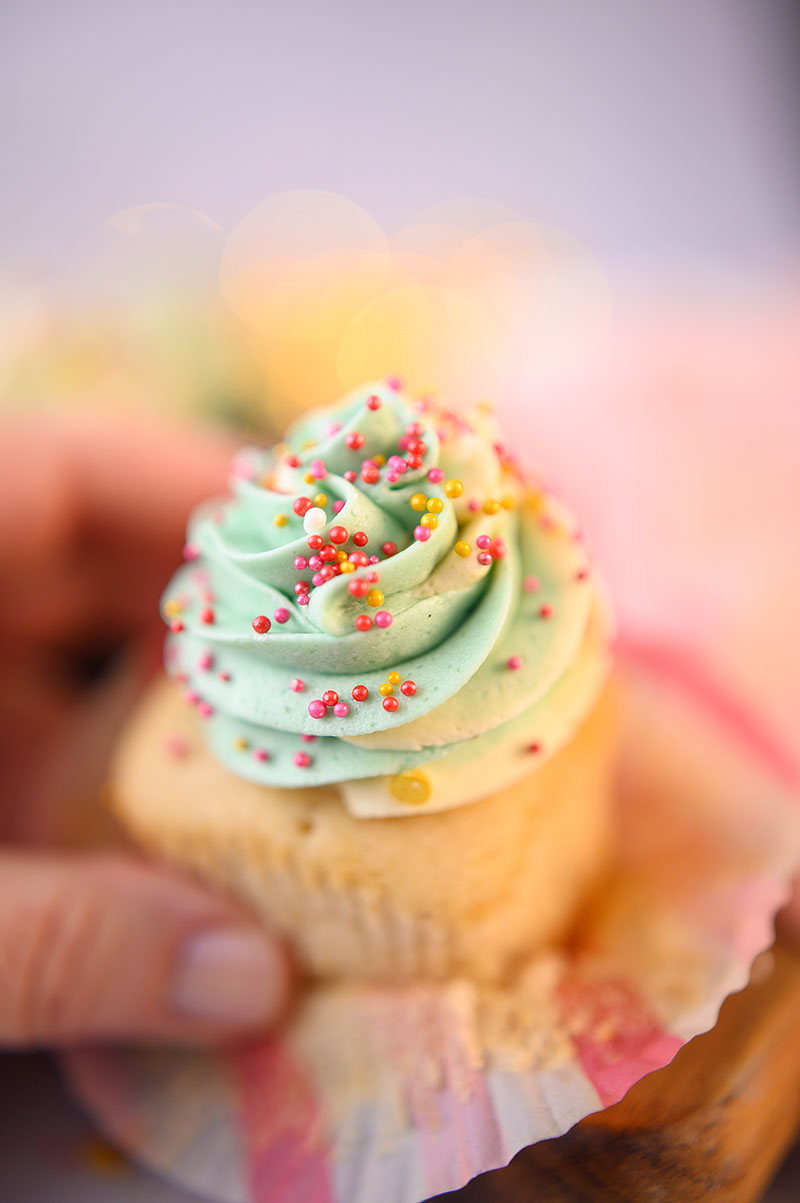 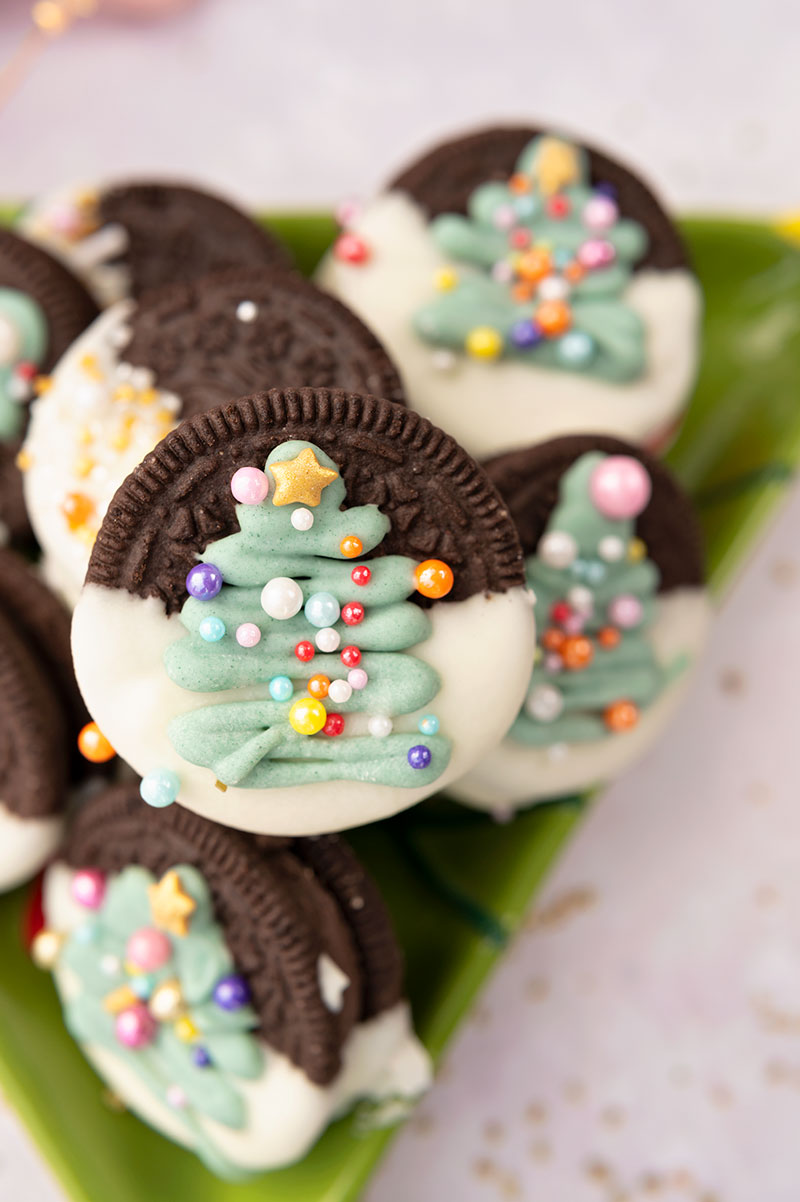 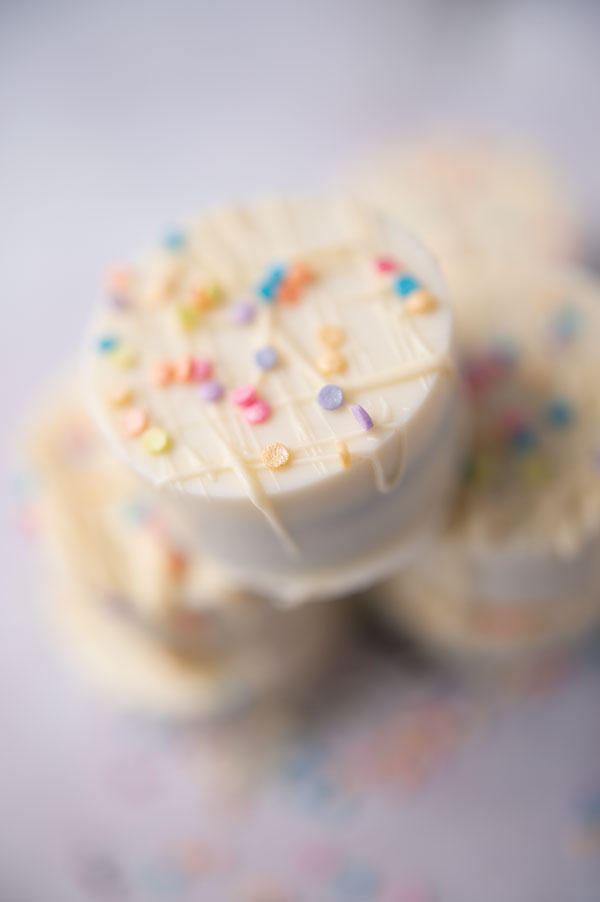 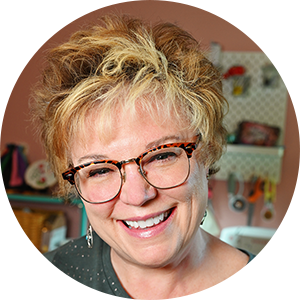 Hello, Friend! I’m Patty & I love sharing my favorite treats, crafty projects, and taking pictures of it all. So happy you found your way here.

Fat Quarter Shop, Craftsy, and Knit Picks help support my work through affiliate linking. You cost is exactly the same, but making a purchase after clicking through these links will earn a small commission for PattyMac Makes.

All the images on this website are Copyright Protected. Learn more.